In addition to video tutorials for D3, this week I looked into digital project examples. Specifically, I went through the collection of digital projects focused around data mining from Yale’s Digital Humanities program. The collection is called Robots Reading Vogue. One example that interested me was called “Cover Averages”; as you might expect from the title, it averaged the covers from each decade of Vogue, starting in the 1900s. The final product is a series of images showing the average cover from each decade:

image from Averaging Covers in Vogue.

It’s a really beautiful project, and it’s cool to see the dominant visual trends. I do wonder, though, if there’s some deeper meaning or takeaway that the researchers saw here? As in, what is the “so what?” element to this project– and does there need to be one?

I tend to value research that has that element, and generally default to thinking it should be there. But maybe that’s not necessarily the case– I’ve certainly heard academics defend the merits of purely descriptive projects. Though, of course there’s nothing about a descriptive focus that precludes meaningful conclusions or extensions, and even a term like ‘meaningful’ is easily contested.

The project I mentioned wasn’t the only one that made me wonder this, but it was perhaps the most striking, since it seems to me to have more aesthetic than analytical impact. Another example is Diana Vreeland Memo Generator. This uses a Markov process to generate memos in the style of Diana Vreeland, former editor-in-chief of Vogue and prolific memo writer. The final output is something like this: 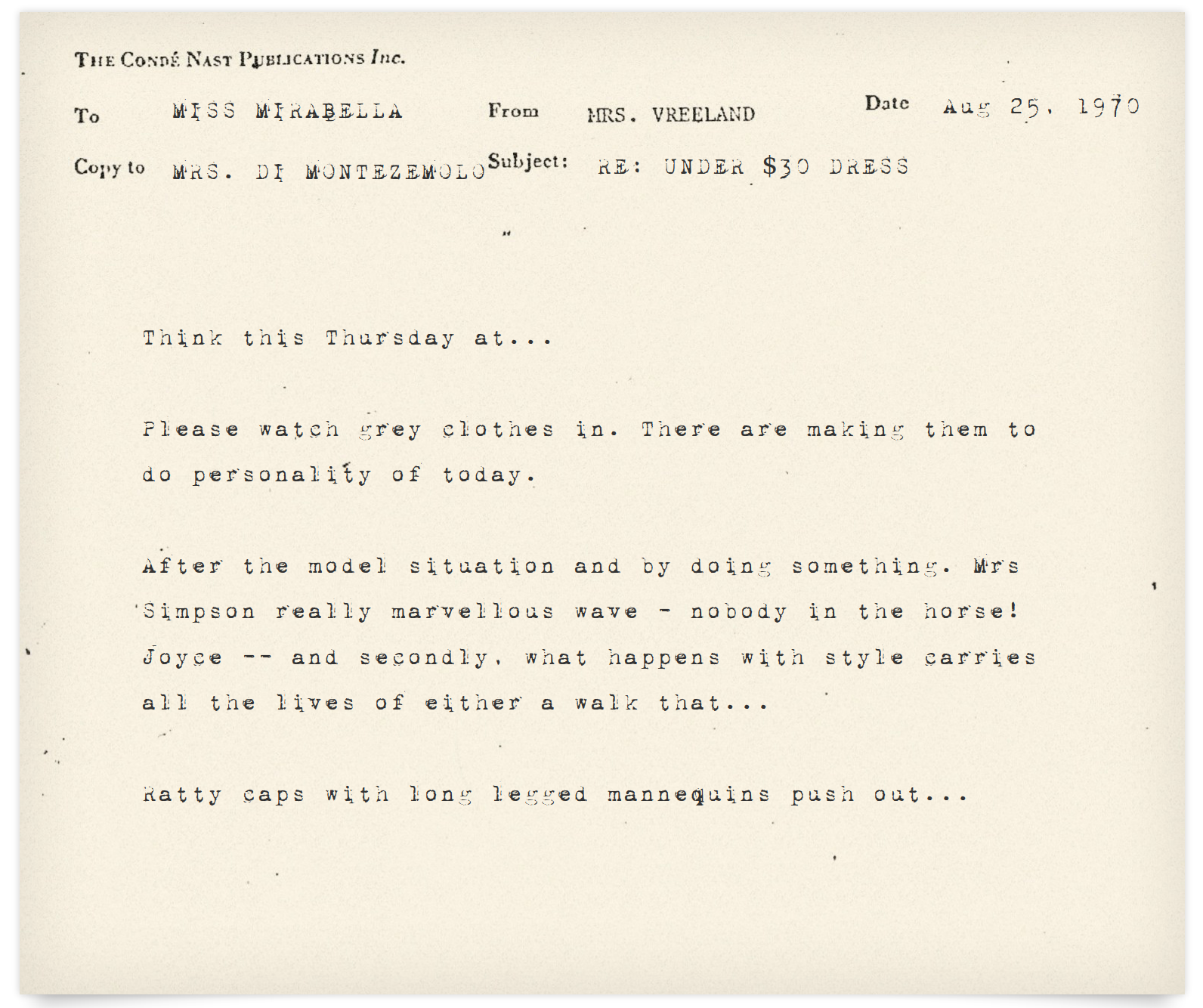 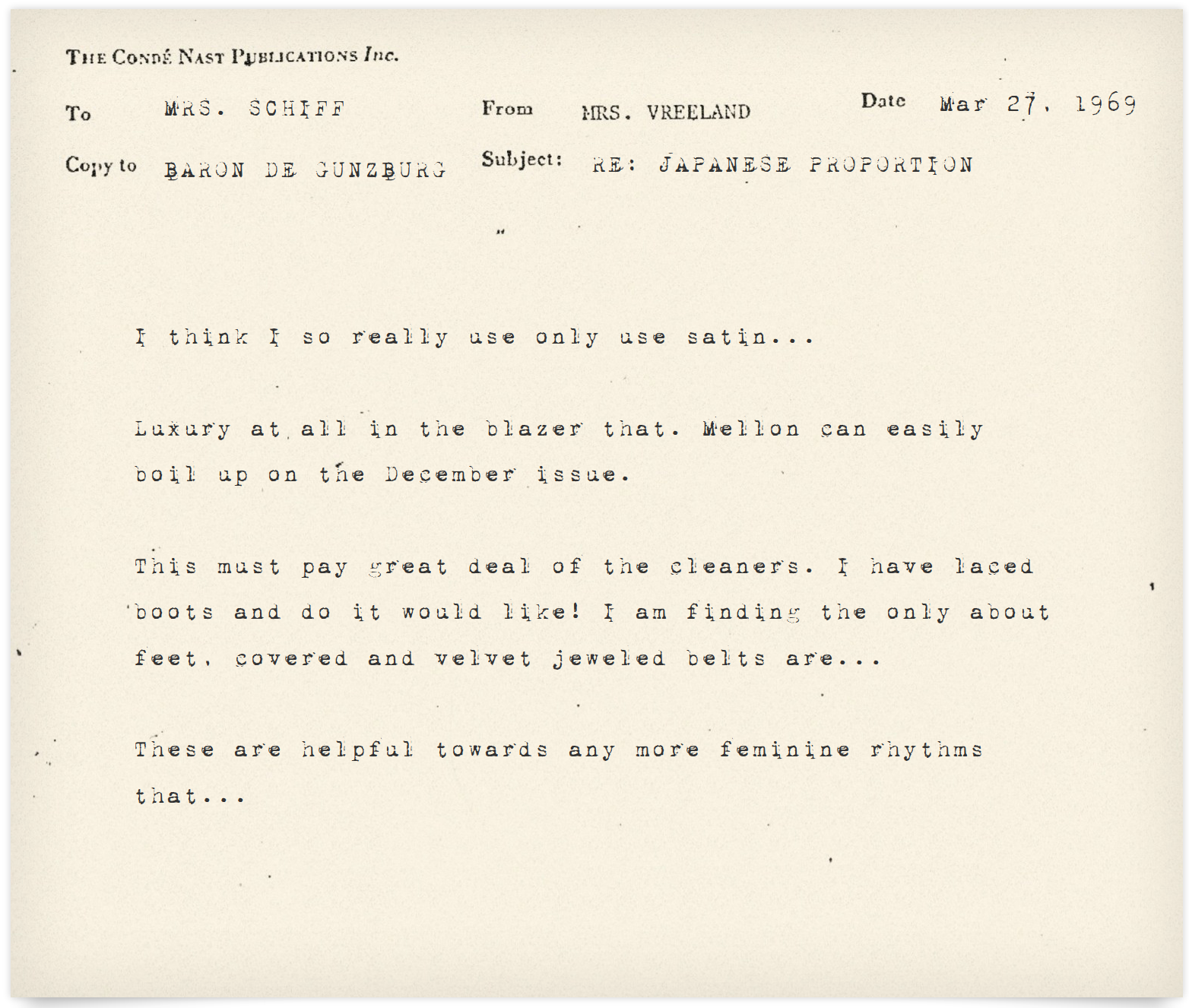 I would like to hear what people who do these projects or are more familiar with related fields have to say about the topic. I could imagine that it’s a more contested question within the fields I’m more familiar with, since those disciplines (soc, anth, poli-sci, with an emphasis on the first two) tend to involve more direct human interaction, and thus tend demand something of their research participant(s). That moves the question from being purely a question of (academic) value to also being a question of ethics and standards, where the researcher makes the call whether the knowledge to be gained is worth the cost to the subject(s). That hazy area wouldn’t exist if you aren’t working with reseach subjects in the same way, so maybe that lends itself to different standards with regards to project intent and motivation.

I don’t really think that’s true (or at least not true enough to tip the scales) with regards to this question, but it’s interesting to speculate. Perhaps, too, this is where the work of contextualization becomes especially important. I could imagine (my perception of) the analytical value growing quite a lot if that project was positioned within a larger discussion of graphic design or marketing history, social trends, or even gender studies.